Back to Building Technology & Smart Living

Lighting: The right light for indoors and outdoors

The light controls how we see and perceive our surroundings. Where natural light is not enough, use the right lighting to set the foundation for efficient use of your rooms. The lighting determines how rooms look visually, whether we feel comfortable and how concentrated we can work. A successful lighting concept creates optimal conditions of perception for productive work in offices, shops, service buildings and production areas. The positive effect of light on human health and performance and the esthetic effect improves the quality of the work performed and is of long-term benefit to the company.

As there is not always sufficient daylight available, lighting tailored to the company's requirements is indispensable when equipping indoor and outdoor rooms. Modern lamps and illuminants, for example, based on LEDs (Light Emitting Diode), are characterized by high lighting quality and energy efficiency.

With the purchase of lights and lamps, you have a significant influence on the working climate in your rooms and the ongoing operating costs for the next few years. Therefore, it is advisable to use lighting products with a wide range of design options, high efficiency and long service life.

What types of lighting are available?

Your lighting should be adapted to the ambient conditions. It is not an easy task to find the right light for a room and to set the decor in an atmospheric way. Therefore, a few concepts have become established in the lighting design, which are helpful in the planning of your lighting. Start with the basic lighting or primary lighting.

The primary light provides for the background brightness or working brightness and should illuminate the room as shadow-free as possible. The primary lighting is the most important light source in the room and is usually realized via ceiling lights, hidden light elements or work lights. The aim of the primary lighting is an optimum illumination of the entire room area. The number, shape and strength of the light sources are based on the geometry of the room, the naturally incident light, the furnishings and the individual space usage.

A modern basic lighting is usually done glare-free by indirect light. The high-quality, powerful light makes it easier to work without getting tired quickly. The primary ambient light increases motivation and concentration. Working errors due to restricted visibility are thus avoided. 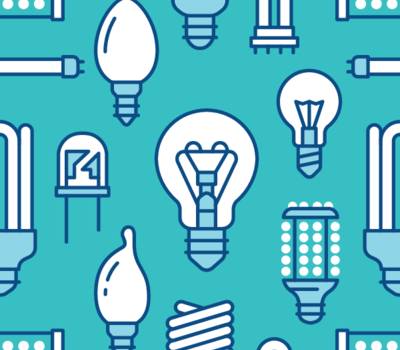 The accent lighting makes rooms more beautiful. Its light sets accents on walls, seat islands, furniture, paintings or sculptures and contributes to a successful ambience. The secondary lighting provides the desired effect and mood, for example in the form of lines on walls, ceilings and floors, islands of light on counters, shelves and seating areas or spots for steering the view direction.

Functional light fulfills a specific task, such as at the desk, in the storage room, at a machine or a production plant. The most well-known functional light is the work place lighting in the form of a desk lamp. A floor lamp for the office or an office work lamp are also functional lights, which release part of the light indirectly to the ceiling and the rest directly down to the desk.

Functional light is usually only switched on when necessary, for example when the employee sits at his desk or his workplace.

The functional light also includes the orientation light at entrance areas, stairs, corridors and escape routes. It supports employees, guests, tenants and residents in the intended use of rooms and in hazardous situations. 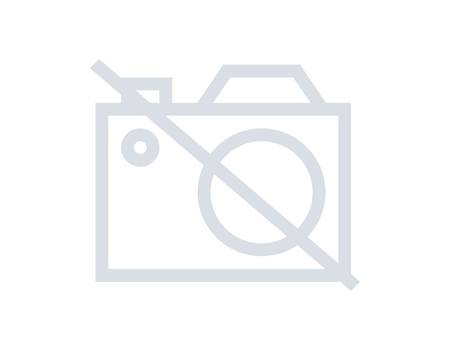 What was the difference between direct and indirect light?

With almost all types of lighting, you can choose between direct or indirect light.

Direct light is generated when a light source directly illuminates a usable surface. Examples are the desk lamp with the directed light beam on the table top or the light bulb in the suspended ceiling light for direct area illumination of the dining table. Direct light is usually as bright as possible so that you can read easily at the workplace or recognize the labeling of the keyboard. Direct light is perceived as hard and usually produces shadows – both can be subjectively detrimental.

Indirect light is generated by reflection of ceilings and walls. The light source does not directly illuminate the desired area, but instead radiates to a surface that casts the light back and distributes it in the room. Indirect light provides for a pleasant uniform illumination. It does not dazzle, hardly casts shadows and is perceived as soft.

What was the distinguishing feature of a modern lighting concept?

The development of lamps and luminaires is progressing very quickly, especially with LED-based products. LEDs are an economic, sustainable and ecological solution for most applications. LED technology can often fully exploit its advantages in operational and commercial use.

The advantages of LEDs include the output of directed light with high Leuchtkraft and constant Light color, the possibility for color modulation within a large color spectrum. Also positive effects: There is no overheating and no heat release into the luminous flux. Modern LED elements work almost without switch-on delay and can be dimmed by switch depending on the model.

LED are powerful, durable and points with low power consumption – and thus low energy costs. They have better efficiency values than fluorescent tubes and protect health in addition to the environment, as hazardous substances such as mercury are not used in the production process.

Which type of lighting saves the most energy?

Even the most economical light sources consume electricity. Economic efficiency is an important point in the construction or modernization of office lighting, industrial lighting, shop lighting, light in the restaurant and hotel area or commercial outdoor lighting. In addition to the one-off acquisition costs, energy efficiency is the key.

The advances in lighting technology are reflected in the cards by cost-conscious owners, architects, lighting planners, building engineers and the lighting staff from building management, because modern light keeps maintenance costs low in the long run. The very long shelf life compensates for the higher cost of acquisition and should be included in the cost-effectiveness analysis. As the number of operating hours increases, the payback period is reduced.

Not only the new LEDs help to reduce energy costs. Fluorescent lamps, high-pressure discharge lamps and energy-saving lamps of the latest generation also have an optimized light yield. They thus exceed the energy efficiency and lighting quality of older models. Therefore, exchange from an economic point of view always makes sense. 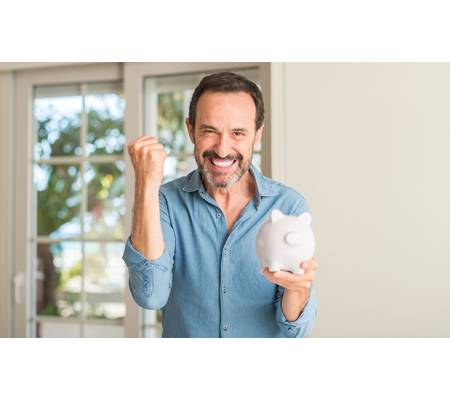 How can the lighting be controlled flexibly?

A lighting system for the professional application includes a modern lighting control. The flexible light control ensures that the light of the lights and bulbs is available at the right time and in the required brightness and goes out again later.

You can control the light in a classic way by means of a switch and dimmer. Individually or according to groups, the output power of many current LEDs, energy-saving lamps and fluorescent lamps can be dimmed to a fraction of their luminous flux.

Motion detectors and time switches automate the lighting control. They provide comfort and safety and are an important addition to manually switching on and off light sources. While motion detectors detect persons in action using an infrared sensor or radar, presence detectors register the presence of persons even when they are in operation. Presence detectors can keep the lights on as long as people are in a room.

Timers switch off the light automatically after the time has elapsed. The lighting can be flied out after exceeding a specified period of time and is convenient for stairwells, corridors, parking garages and path lighting.

How can the lighting be intelligently controlled?

Intelligent lighting control systems centrally regulate lighting. The existing light sources can be controlled uniformly according to rooms, zones and application areas within a building, across several buildings and also at several locations. The control commands and status information are transmitted via WLAN, Ethernet, power supply, standardized bus cables or proprietary bus systems.

The advantages of digital light control are the greatest possible flexibility in the use of buildings and a high degree of comfort. Depending on the system, the switching, dimming and programming of the light is done via an app on smartphones, tablets or computers. In addition, existing switches can be used, replaced by networked models and extended by remote controls.

Individually definable lighting scenes provide optimum light in conference and meeting rooms at the push of a button. By working together with smart sensors, the light reacts according to your wishes.

As part of a higher-level building management system, the lighting is controlled in conjunction with the shutters, the sun protection, the heating system or the alarm system. The presence simulation makes unused rooms and parts of the building look inhabited and deters burglars. smart networking also makes the energy consumption of each light source transparent. 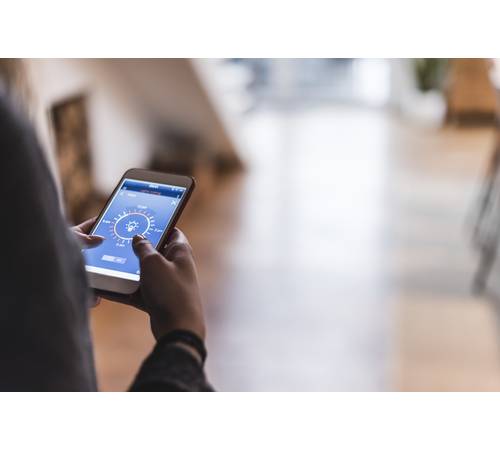 What was important in lighting?

Brightness, colors and contrast – all this can be designed according to your personal requirements. The most important units in the selection of lamps and illuminants include luminous flux, light color, light yield, color reproduction, angle of radiation, service life and energy efficiency. The technical features listed in the product description will help you select the appropriate lighting products for your applications.

The luminous flux of a lamp in the unit lumen tells you how bright the lamp shines. The higher the lumen specification, the brighter Heller works. The luminous flux serves as an important comparison possibility when assembling your lighting independantly of the technology used.

The light color measured in Kelvin depends on the light mood from warm to cold a lamp achieves. We regard bulbs with a color temperature below 3,300 K as warm white, from 3,300 to 5,300 K light acts as neutral white to cold white. Daylight white has about 5,300 K.

The color reproduction or Ra index represents the quality of light in relation to the authenticity of the illuminated colors. The value gives you an indication of how natural colors of furniture, walls, fabrics or floor coverings are reproduced in the light of the illuminant. The higher the value, the more natural colors appear.

The average or average lifetime in hours or years is a quality aspect of light bulbs and is relevant for estimating maintenance and payback time.

Your networking with Conrad Connect 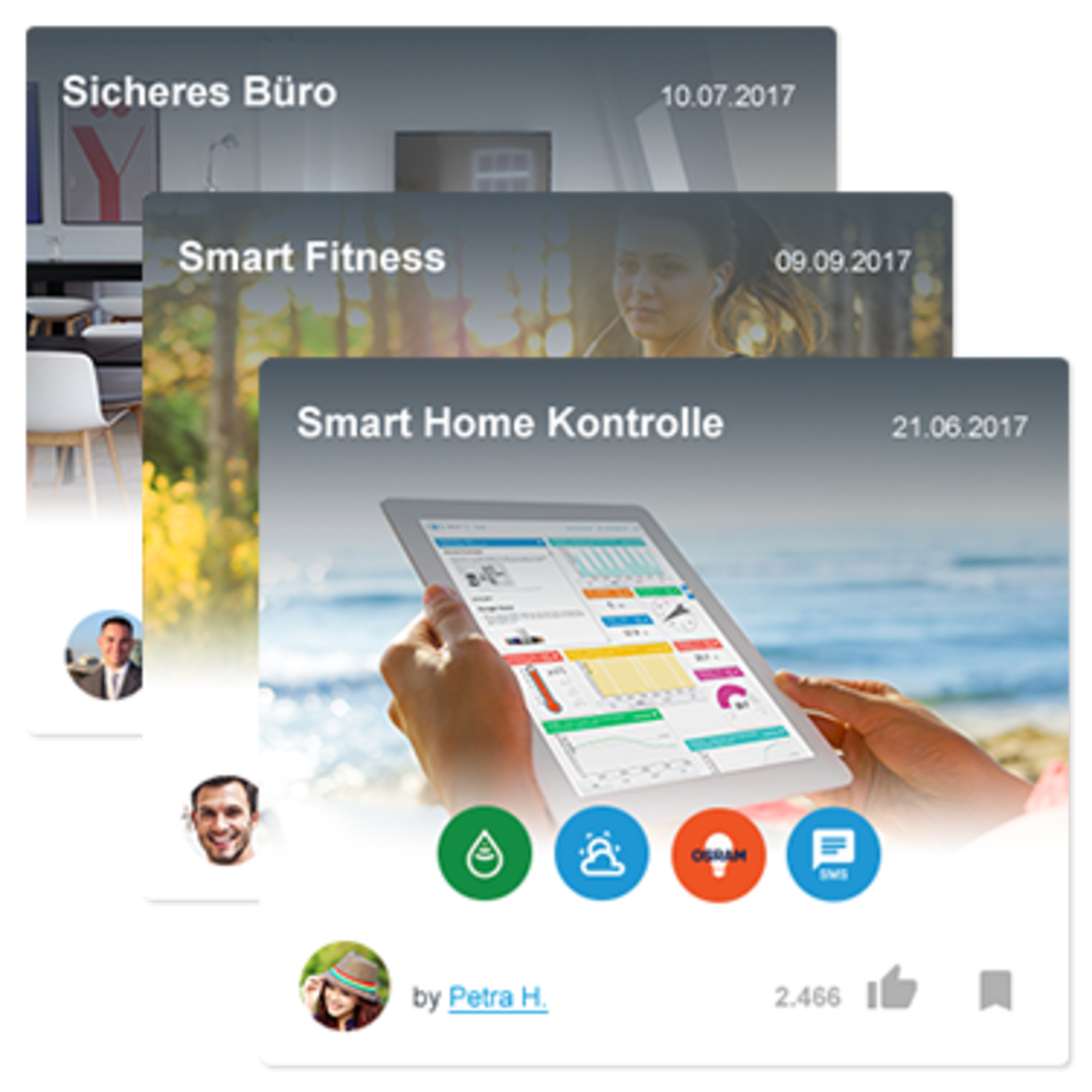 to integrate your lighting systems with many other smart devices from different manufacturers in your home and garden, which do
not have a common interface. Conrad Connect offers
a platform for smart devices of different brands
, which can communicate with each other in this way.

The most exciting projects with Conrad Connect:

Find out more about our
customers' projects that have already been created, which you
can easily take on your smart lighting system.

This text is machine translated. Lighting: The right light for indoors and outdoors The light controls how we see and perceive our surroundings. Where natural light is not enough, use the right lighting to set the foundation for efficient use of ...