About Apple EarPods and Apple 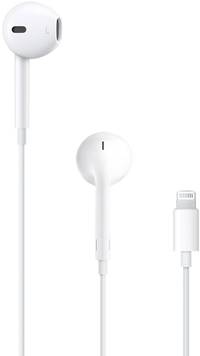 The products of the US manufacturer Apple are very much loved and at the same time controversial. An attractive design and great user-friendliness on the one hand go hand in hand with comparatively high prices and a certain isolation of the devices from other platforms on the other. One thing is for sure: If a new product from Apple comes on the market, a rush of die-hard "Apple disciples" is pre-programd. This is not just true for well-known products such as the Mac, iPad, or iPhone. The company is also taking new steps in the development of Apple headphones. There are different models of the current handset designs available from Apple, EarPods, and AirPods, but all are designed as in-ear solutions.

The in-ear headphones are sold separately, so they are not automatically included when you buy a new iPod, for example. In the headphones, a two-way audio system provides good sound quality in each ear plug. The ear pieces made of silicone – in three sizes included in the delivery – enable a secure hold and protect the surrounding noises well. A remote control with microphone is integrated in the connection cable.

What was special about Apple EarPods?

Apple's EarPods are wired headphones designed to play audio content, music, podcasts, or video audio tracks on Apple devices. At the time iPhone models still had a jack, the Apple EarPods were equipped with jack plugs. With the elimination of this 3.5-millimeter connection, the corresponding products were temporarily supplied with an adapter "3.5-mm jack to lightning connection". Currently, the EarPods are equipped directly with the Lightning connector. This means that it is no longer possible to use them on other devices without an adapter. The simultaneous charging of the music playing Apple device is also not possible while listening.

The design of the EarPods is based on the shape of the ear, so that the shape of the earpods fits many people. The loudspeakers minimize sound losses and bring rich basses in the ear. In addition, the casing is better protected against sweat and water than previous models.

The headphones are equipped with a remote control integrated in the cable. This allows calls to be answered and ended. The volume can be controlled via this, and an integrated microphone improves the voice quality, because it lies in the direction of speech.

What was the distinguishing feature of Apple AirPods?

The EarPods' "wireless siblings" are the in-ear headphones known as Apple AirPods. The term Air is merely intended to clarify that there is a transmission through the air. So AirPods are generally wireless. The signal transmission is realized via Bluetooth. In addition, the actual listeners with a weight of just 4 grams are "airy light".

With the AirPods you have more than just a simple headphone in your ear. The wireless devices are full of technology and can be called small computers without exaggerating. 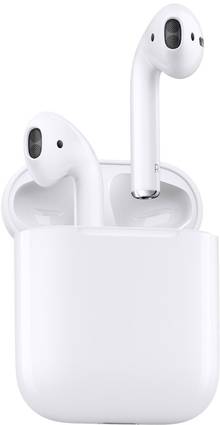 The centerpiece of the AirPods' control (and its device environment) is an electronic home-made appliance from Apple: The new, self-designed chip called W1. The ensures that AirPods don't just play music. Sensors integrated into the handset detect whether the handset is being worn. As soon as they are removed from the ear, they interrupt playback. This is ensured by optical sensors and an acceleration sensor. In addition, the chip enables power-saving operation and quick connection to mobile devices, called "pairing" in English. The W1 chip is also responsible for the playback of sound in high sound quality.

Connecting to iPhone is a snap: Simply open the charging case, hold it close to an unlocked iPhone, and then follow the instructions on the phone screen. Then the Bluetooth headphones are inserted into the ears and adjusted until you hear a sound. Apple AirPods can then be used with other devices. This requires that they are signed in to Apple's iCloud.

Apple's high-end wireless headphones control playback by tapping the handset in your ear with a finger. The microphones also have chip-controlled innovations: In this way, noises in the background are filtered out by means of an accelerometer. This results in the speaker's voice being highlighted.

The charging case is designed for several purposes: It is used for storage and transport protection, charges the Apple AirPods in-ear headphones via a Lightning connector and also serves as a power bank with an integrated battery, so that the operating time thus reaches up to 24 hours. Once fully charged AirPods run for about 5 hours until they need to be reconnected to a power source.

To run smoothly, the audio "suppliers", i.e. the connected devices, must have at least one of the Apple operating systems MacOS Sierra on the Mac computers, iOS 10 on the iPhone, iPad and iPod touch, or watchOS 3 for the Apple Watch.

The Bluetooth standard used also allows use on other non-Apple devices that support Bluetooth 4.2.

The actual audio components in the listeners are protected by stainless steel grids in the openings. These grids must not be dirty. Use a clean, small, dry brush with soft bristles for cleaning. This allows you to carefully brush all openings so that dirt particles are transported outwards.

What was required when purchasing Apple EarPods and AirPods?

Apple products are generally considered high-priced. For this you get a high-quality, user-friendly product, which is perfectly suited for use with the other compatible devices of the manufacturer.

Apple no longer offers a headphone jack for the jack plug from iPhone 7. This means that the user is dependant on headphones with Lightning connectors, adapters or Bluetooth models such as the AirPods.

Earbuds placed in the ears may cause skin irritation or ear infections if not cleaned carefully regularly. Use an antiseptic, such as isopropyl alcohol, for cleaning.

For users of older or other headphone models, there is an adapter cable 3.5 mm jack on Lightning as a separate accessory.

Headphone cables are sensitive products that should not be bent, as this may damage them.