Back to Photo & Video

Useful information about drones with cameras 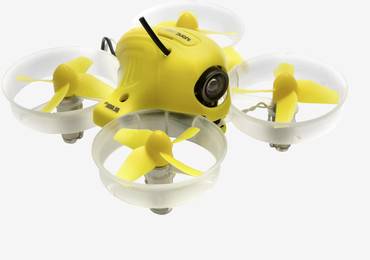 It is almost unbelievable how much technology is already offered at entry-level drones. In addition to complex electronics for position and flight stabilization, some cameras are also installed in the mini drones.

In the entry-level price class, you also have to make significant reductions in image resolution. The cameras in place are partly only image sizes of 640 x 480 px.

Restrictions must also be accepted in terms of usability. Because the permanently installed cameras have unfortunately only a fixed viewing angle to the front. If the angle of inclination of the lens is adjustable, the adjustment must be carried out manually before starting.

But all this does not detract from the fun of filming and photographing from a bird's eye view.

Inexpensive entry-level copters in miniature format are only conditionally suitable for outdoor use due to their compact design. If necessary, you should only fly on calm days. The quadrocopter must not fly too far away from the pilot. The recognition of the flight attitude becomes otherwise very difficult and range problems can occur.

Since the camera is firmly connected to the quadrocopter for beginners, vibrations have a very negative effect on the quality of the images and videos. For this reason, care should be taken to ensure a clean rotation of the propellers. It is essential to replace bent or damaged propellers with new ones. If required, propellers can also be balanced or balanced, whereby the lighter blade halves are adjusted with small strips of adhesive film in weight.

Violent control movements, which should be avoided in any case, are equally disruptive. Through strong tilting and rotating movements, the videos created appear extremely unsteady and are therefore uninteresting. But with a little practice, you can get out of the "spin" quickly. 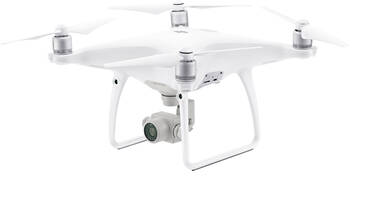 If you want good and wobble-free videos, you should always choose a quadrocopter with which the camera is stabilized by gimbal. A gimbal is essentially an electronically stabilized cardanic camera suspension.

So-called MEMS sensors register all movements of the quadrocopter and generate a control signal in real time for the suspension, which counteracts the Copter movement.

If all three axes are stabilized, the copter can turn in flight, tilt or tilt it. The camera seems to be aligned with the object to be filmed as if it were fixed.

Absolutely blur-free videos and super-sharp photos are the result. In combination with a gimbal, cameras with HD resolution are usually also used. The viewing angle of the camera can also be changed and adjusted individually at any time in flight via remote control.

Fly and film at the same time 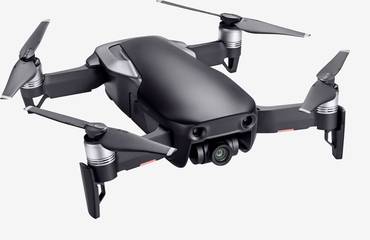 With a quadrocopter for beginners, you will mainly concentrate on flying and then be surprised more or less by the video recording. Especially when live transmission of the camera images from the quadrocopter to the pilot is not possible.

But if you want to focus on good videos, you should choose a quadrocopter with GPS function. These drones fly autonomously and can float automatically and exactly on the spot even in gusts of wind.

The user can then concentrate fully on guiding the camera and does not have to constantly correct the drone position. This function is especially useful for service and inspection flights.

In addition, the GPS function enables other interesting flight maneuvers, which offer ingenious possibilities when creating sports videos. Additional sensors prevent the quadrocopter or drone from hitting an obstacle during autonomous and sometimes rather rapid flight movements.

In the professional sector, large professional drones with a high load capacity and long flight times are usually used. In some cases, commercially available HD cameras with a resolution of 4K or more are used. Alternatively, fire brigades use copter with thermal imagers to find hidden glutnests quickly and reliably in case of hallway or forest fires. But photovoltaic systems can also be controlled in an ideal way with IR cameras. In agriculture, multi-spectral cameras provide clear insights into plant growth, fertilizer requirements or pest infestation.

There are different ways of transferring images and recording. Low-cost entry-level drones sometimes have only one slot for a microSD card. Unfortunately, there is no way to control the video recordings during the flight. The result can only be seen after landing.

Other entry-level copters use a Wi-Fi connection to transfer camera signals to an existing smartphone or tablet. The storage is then done in the tablet or smartphone. This allows you to control the recording during the flight, but image dropouts caused by transmission errors are also stored. In addition, the Wi-Fi connection must be re-established before each flight.

At the same time, the manufacturers also offer an app control for free download. With this app, you can take photos and record videos and also control the quadrocopter at the same time. For this purpose, virtual joysticks are shown on the display or the position sensors of the smartphone/tablet are also used for control.

Mid-range to high-end quadcopters operate in parallel. This means that the camera signals are transmitted to a smartphone, tablet or monitor in the transmitter for control. At the same time, the signals in HD quality or Full HD in the copter are recorded on a memory card or an internal memory. This means that the user always has the perfect overview of the filmed and possible transmission errors during the flight are not visible later in the video.

FPV – Flight from the cockpit perspective 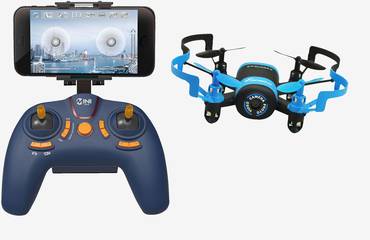 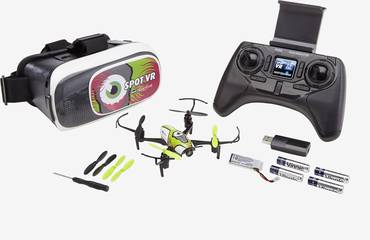 Some RC quadcopter models are available as FPV (First Person View) models. Some FPV video glasses are also included in the delivery.

The images of the front-facing Copter camera are then transmitted wirelessly to the FPV goggles. The pilot at the remote control transmitter then has the visual impression as if he himself was sitting in the cockpit of his drone.

It is important that the drone is not heavier than 250 g and that the maximum flight height is 30 m. Otherwise, a second person must monitor or observe the flight and alert the operator of the transmitter to possible hazards.

What is to be observed when using camera drones?

Camera drones are, of course, subject to the general legal requirements for the operation of drones and the obligation to insure them. These are precisely defined in the drone regulation.

In addition, the legal principles regarding the creation of photos and video recordings of persons, objects and institutions must also be observed. In plain text, this means that you cannot simply put everything and every film and the result online on the relevant video portals. If permission is obtained in advance, this is certainly the better solution.

This is how you can find the suitable camera drone

Whether it's a beginner's drone, a mini quadrocopter, FPV drone or photo drone: The number of different drone models has become almost unmanageable. To find the right drone with camera, answer the following questions:

What is the purpose of the camera drone?
The decisive factor for the selection is the purpose of use. If the drone is to be used to gain an insight into the topic, a cost-effective copy is quite useful. But if you want to create demanding videos, you have to go up a price range. For commercial use, the drone should in any case be equipped with GPS function and a 4K camera.

How much money can the drone cost?
The available budget, together with the purpose of use, is probably the most important factor in the selection of a drone. If this value is fixed, the different drones in the desired price class can be compared with each other. Further questions can be clarified.

What is the quality of the video recordings?
The resolution of the camera is decisive for the video and photo quality. The higher the resolution, the better the image quality.

Is a GPS function required?
Thanks to GPS, drones can fly autonomously and the operation or control in flight is much easier. However, before starting, it must be ensured that a sufficient number of navigation satellites are received.

What special functions are required?
In order to be able to distinguish itself from the competitors, many manufacturers build special functions, such as the follow-me function in their copters. Especially in conjunction with GPS, the most beautiful automatic flight tasks can be realized. Whether these functions are really needed, however, each user has to decide for himself.

Useful information about drones with cameras Entry-level drones with camera Shake-free videos with Gimbal Fly and film at the same time Image transfer and recording What is to be observed when using camera drones? This is how you can find the...