Back to PC Cooling

How is a CPU cooler structured? 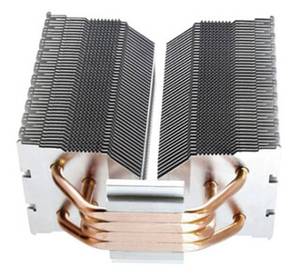 A busy processor can measure temperatures above 60°C. If the CPU is too hot, its performance will suffer. If there is a risk of damage to the components due to the heat, the computer normally switches off automatically – unsaved documents will be lost.

A fan is the most conspicuous component of the CPU cooler. It is well recognizable as a kind of "wind wheel" and one of the largest components in the inner workings of the computer. In addition, it is noticeable in operation with most models through the noise development.

However, the processor cooler is much more extensive. In addition to the fan, the cooler (heat sink) plays an important role. The fan consists of the fan wheel, its connection to the heat sink and the corresponding bearing. In addition, there are CPU coolers that do not have a fan at all.

The radiator has a lamella structure, which should provide for an ideal heat removal. The aim is to generate as much surface as possible. Because the larger the surface of the disks, the better the cooling of the CPU. The heat is transported into the fins by a small plate, which is either convex or concave on the CPU. Without fans, you have built in a passive cooling system, with additional fan wheel increases the cooling performance.

In a more powerful design, the cooler also has so-called heatpipes which are flattened in most cases on the radiator floor and form a direct contact surface on the processor. These copper pipes are filled with coolant . The heat pipes thus direct the generated heat from the CPU into the lamellae. Even without fans, this cooling form is very effective and silent . The most powerful solution currently available is the combination of heat pipes and fans.

What is the function of the processor cooler?

The CPU cooler is responsible for cooling the processor . It regulates its temperature to prevent loss of power during operation and to prevent damage from overheating .

However, cooling the processor alone is not enough. If the processor cooler is not able to discharge the hot air from the PC housing , heat is generated . . If a permanently high temperature develops in the housing, this reduces the cooling power – the cooler must use more energy, cool the CPU and the computing power is reduced.

Depending on what you use your computer for, there are other requirements for the CPU and accordingly also for the cooler . For applications and processes such as office, audio and image playback programs as well as for surfing the Internet, the basic equipment is usually sufficient, which the PC manufacturers provide. If you use more complex programs, such as complex image and video editing software, you can optimize the performance of your computer with a comparatively low-cost hardware solution with a more powerful CPU cooler. This allows you to achieve noticeable effects at a low cost.

What must be considered when purchasing?

The following factors should be considered before purchasing a CPU cooler. So you can find the right solution for your purchase and save costs.

Function of the radiator

What do you regularly use your computer for? Do you want maximum cooling power to ensure the best possible performance of the processor? Is your focus on Office applications where you need the most quiet working environment possible? Or do you need both a powerful and quiet CPU cooler? 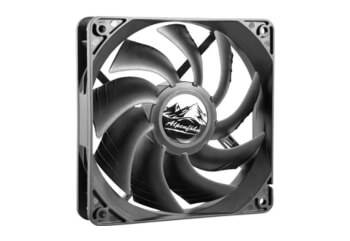 Quality of fans and bearings

Quiet and powerful fans can often not be combined in the lower price segment. If you want to save money, consider what you value more. High-price solutions have optimized bearing quality and a fan wheel designed for noise reduction.

Design of the cooler

Here, on the one hand, the structure and size of the leaf package is meant. "The bigger the processor, the bigger the CPU cooler" is the motto here. The CPU can never get enough cooling. Therefore, make sure that the cooler offers a lot of space for heat dissipation in as small a space as possible . However, the distance of the individual cooling fins to each other should also be observed. With many lamellae with little distance to each other, the heat accumulates. Even in the middle price segment, you will often find above-average solutions for the lamella structure.

On the other hand, for more powerful applications, consider whether you need heatpipes. Here too, there are differences in the shape and number of copper pipes and the coolant in them.

Space required in the housing

Does the CPU cooler have any place in the housing? Some PC manufacturers install the components in a relatively narrow housing. Here you should take a look at the space available in your PC tower before buying. Pay attention to the distance to other components such as the graphics card and measure the space that the mainboard and the height of the housing provide. If you want to install a smaller CPU cooler with better cooling performance, this is no problem.

So if you decide on a new CPU cooler in the near future, you should match the expectations you set for your computer with the performance of the device. In this way you can even save money in the best case. But with a cooling combination of fan and heat pipes you can hardly do anything wrong.