Back to Breakdown & Emergency

Dashcams: In a traffic accident, have evidence in hand

With a Dashcam for your car or that of your employees, the motorcycle or bicycle an incorruptible electronic accident vehicle always travels with you. The cameras for the cockpit record the traffic from the driver's perspective and record critical moments in the memory to secure evidence.

Record crash situations on a memory card via Dashcam

These are the same situations that can lead to a traffic accident. Another motorist takes you the way, a cyclist strikes your car while passing or in the parking lot a car rashes your fenders. With these and many other accidents up to the provoked rear-end collision to your disadvantage, the question arises as to how you can prove who is the cause of the accident and is liable for the damage caused.

Those who are involved in an accident as drivers with a business car, car rental or private car or who are fighting with damage to the vehicle in kind often have difficulty in proving the exact course of the crime. The important evidence can be provided here by a Dashcam. The compact digital video cameras are discreetly attached to the dashboard or windscreen and record the journey in sound and image. The small car cameras are particularly useful for recap accidents and thus create safety.

Dashcams are becoming more and more popular as a recording device for motorcyclists and cyclists. It is important here that the camera is mounted with the holding device on the handlebar or frame in such a way that a secure hold is ensured. 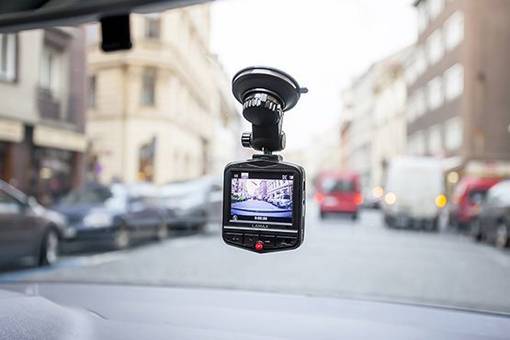 Good Dashcams do your job automatically

Car cameras automatically record the traffic. This allows the hands to remain on the handlebar when driving. Typically, the Dashcams include a wide angle object with a large viewing angle. The recording takes place optionally in video loops (loop) set from one minute or as continuous recordings, which are however legally problematic. In park mode, motion detection triggers the automatic video recording as soon as someone approaches the vehicle on the front in the detection range of the camera.

The recordings are stored on internal memory chips or on a microSD card of speed class 10 or higher. If no suitable memory card is included, it is best to order a microSD card for this. The storage is done manually by pressing a button and automatically in emergency situations, when the G-sensors in the camera detect high centrifugal forces or movements, e.g. in case of an emergency braking or a crash.

Depending on the model, you can view the recordings on the display on the camera's casing, with the corresponding smartphone app and on the computer. Some models can be operated completely via the app on the smartphone. Then app-based settings such as date and time, picture quality, recording mode and so on can be easily set.

Dashcam cameras are basically suitable for subsequent installation. They can be easily attached using a suction cup, Velcro fastener, adhesive pad or a comparable bracket. The cameras receive the power required for operation from a rechargeable battery and the 12 V on-board electrical system.

There are Dashcams with and without GPS receivers. The abbreviation GPS stands for Global Positioning System and refers to the global navigation system for determining the position. Car cameras with GPS function record the speed traveled and the distance traveled. The data can be traced later on the computer. If you purchase a car camera with GPS sensor, you benefit from the fact that the camera supports you in evaluating the videos with the date and time recording stamp as well as with the GPS coordinates.

What is the legal situation for Dashcams?

The legal assessment of Dashcams in German road traffic and thus in the public transport area has now been clarified by the highest court. The VI. In his judgment of 15 May 2018, the Civil Senate of the Federal Court of Justice in Karlsruhe, with the reference number VI ZR 233/17, decided that Dashcam videos can be admissible as personal evidence in court in civil proceedings and can be used in the context of the clarification of the liability in the event of accidents. However, this does not mean that you are allowed to film everything via a car camera.

The Federal Court of Justice has made the legitimate use of a vehicle camera subject to a number of conditions that must be observed. The reason for this is that continuous, purely preventive and therefore non-basic video recording without the consent of the other drivers is not permitted for reasons of data protection.

Permanent filming of others without their consent violates the Federal Data Protection Act, the right to their own image and the general personal right. Those concerned do not know that they, their vehicle and its registration plate are recorded and stored. And even what was done with the recorded data, they do not receive any information. According to the federal judges, only "a short, start-up-related recording" is permitted.

An important prerequisite for the court usability of Dashcam recordings in traffic is that the camera records only short video clips and overwrites them automatically and continuously with new recordings using the loop function.

The recordings may only be saved permanently if necessary, depending on the starting condition, if an accident has occurred or if an accident is probable. Camera models that comply with these requirements from the court ruling are equipped with a G-sensor, which triggers, for example, in case of sudden acceleration, shock, evasive maneuvers or abrupt braking. If a Dashcam meets these technical requirements and if the images are of sufficient image quality, you can use the video clips as evidence in an accident process and as a rule also use them.

When selecting a camera for your business car or private vehicle, make sure that it has a corresponding loop function and a G-recording sensor. If you use an older Dash camera in your car with non-stop recording, you should replace the device with a current model for legal security reasons.

Note: In the course of a trial, Dashcam records may also be used by the court as evidence against the driver.

In criminal proceedings, the law enforcement monopoly of the police and comparable investigating authorities applies. Street traffic video recordings brought in by private individuals for prosecution are generally not permitted. However, the BGH ruling points out that “the invalidity of the evidence does not necessarily result in a prohibition of the use of evidence in criminal and fine proceedings in civil proceedings. Whether the evidence can be used must be decided on a case-by-case basis on the basis of an assessment of interests and goods.

Despite the admissibility of judicial video evidence processing, Dashcam recordings are permitted for purely private purposes without passing on or publishing the photographic material in many cases. A balance of interests applies. There is no reason to stop recording the beautiful landscape on the way to vacation, even if the camera accidentally detects other vehicles and vehicle occupants.

These are the points that are important when selecting a Dashcam

When purchasing a mini camera for your vehicle, pay attention to the following features:

Compare the capacity of the Dashcam battery when you buy it. Battery life information is important when you do not connect the camera to the cigarette lighter or an on-board power outlet. The rechargeable battery ensures that the recording continues if the Dashcam is no longer connected to the power supply in the car as an accident. The longer the battery lasts, the less you need to recharge the camera.

A large, high-resolution color display is a convenient feature and makes it easier for you to make the basic settings on your new Dashcam and align the lens. On the screen, you can check your recordings immediately at any time. Once you have set the device as desired, a general advantage of Dashcams is that the devices do their work automatically, so that a large display is not necessarily required. If everything runs smoothly, ideally you will not get into the undesirable situation of an accident.

Models with dual camera films forward and backward. In addition to taking the road, a second camera records the events in the interior toward the rear of the vehicle and thus the occupants. Indoor recording can be of interest to taxis, company vehicles, carpooling and commuters.

Models with dual camera films forward and backward. In addition to taking the road, a second camera records the events in the interior toward the rear of the vehicle and thus the occupants. Indoor recording can be of interest to taxis, company vehicles, carpooling and commuters. 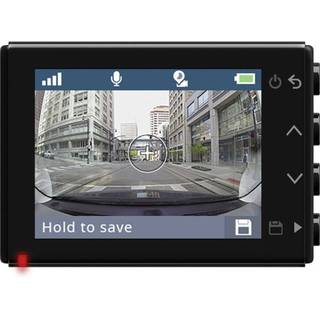 With the voice control you can operate the Dashcam by speaking words and commands. This can be useful if you want to take a photo or a time lapse video while driving.

Connect the camera to the computer via the USB port. Some models also use the USB port for the power cord to power the vehicle. Dashcams with WLAN can stream the live image to a connected smartphone or tablet. If there is an HDMI connection, your camera can also be connected to the TV to play the recorded videos there. 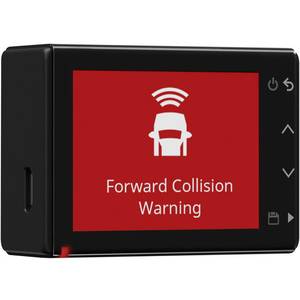 Extras such as proximity alert or lane assist

Better equipped Dashcams have some comfort functions on board, which are similar to the optional assistance systems in modern cars. This includes a collision warning (rear-view warning system), which outputs a warning to vehicles ahead based on the camera data. A lane keeping assistant warns when driving over the lane markings, a start-up alarm signals acoustically and optically when standing vehicles before you continue driving.

Tips for the correct mounting of a Dashcam

In addition to the resolution and image quality of the camera sensor, the correct mounting in the cockpit also decides what was visible on the clips of the car camera.

This text is machine translated. Dashcams: In a traffic accident, have evidence in hand With a Dashcam for your car or that of your employees, the motorcycle or bicycle an incorruptible electronic accident vehicle always travels with you. The...