What was DIN rail power supply?

According to DIN EN 60715, there are three different sizes for these mounting rails. The most common is the so-called DIN rail with a rail width of 35 millimeters and a depth of 7.5 millimeters. The top hat rail can be made of steel, copper or aluminum, the latter two allowing the use as protective conductors. 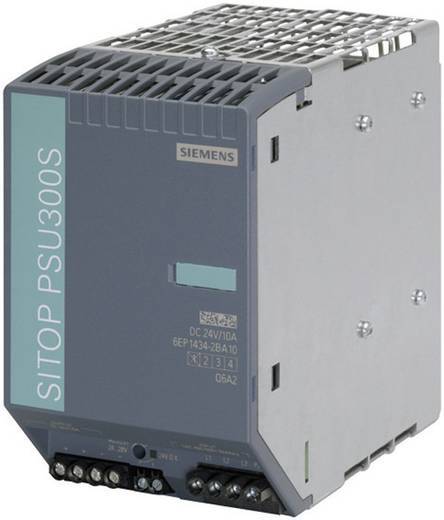 What are the characteristics of DIN rail power supplies?

The power supplies available from Conrad have a high noise immunity, very variable input voltages, high consistency of the output voltages, electronic protection and compensation functions for overload and starting overheating. The designs are designed in such a way that they can be used with minimum space requirements (especially in the installation width). Many power supplies have a so-called boost function, which reliably intercepts short-term overload. The standard also includes no-load and short-circuit resistance, which is ensured by electronic circuits.

Some of the power supplies have comfortably adjustable output voltages. Solutions with classical transformers are now the exception. These are almost exclusively switching power supplies, which realize the voltage conversion with an electronic circuit. The input voltage is converted into a voltage with a higher frequency, as the necessary core cross-sections of transformers drop as the frequency increases. After the transformation, the frequency is adjusted again to the required output value. The electronic solution has the advantage that it balances voltage and frequency fluctuations at the input very reliably. This is accompanied by a comparatively very high degree of efficiency with small spatial designs.

Accessories such as branch terminals, terminal covers and wall mounts (mounting adapters) are also offered in the Conrad shop.

The manufacturer's data sheets provide comprehensive descriptions of the possible applications and installation instructions, including the approved temperature ranges.

The DIN rail power supplies at Conrad are staggered according to the electrical parameters:

Power supplies must comply with limits for substances hazardous to health and hazardous to the environment as defined in Directive 2011/65/EU of the European Parliament and of the Council of 8 June 2011. The non-official designation is RoHS(2) and is offered at Conrad as a selection criterion in the shop.

What safety instructions must be observed when handling DIN rail power supplies?

How long does a DIN rail power supply last?

A general statement for all types is not possible. An example of a manufacturer's durability specification: Eight years minimum operating time (70,000 hours) when the specified input voltage range is observed, 50 percent usage/pause ratio, without exceeding the operating temperature of +40 degrees Celsius and standard mounting.

How can ich recognize a defective DIN rail power supply?

Bicker Elektronik is a developer and producer of power supplies. Founded in 1994 with headquarters in Donauwörth.

Block Transformer-Elektronik was founded in 1939 as a fabrication of radiotechnical articles. The company is located in Verden.

Mean Well is a 1982-based manufacturer of electronic components and components based in New Taipei, China.

Murr Elektronik develops, produces and sells products in the field of electrical and electronic automation technology. Founded in 1975 with headquarters in Oppenweiler.

Phoenix Contact GmbH & Co. KG is a German company offering components, systems and solutions in the field of electrical engineering, electronics and automation. The headquarters is in Blomberg, Westphalia.

PULSE was founded in 1980 by Bernhard Erdl, a pioneer in the development of switched-mode power supplies in Munich.

TRACO Electronic AG, based in Baar, Switzerland, has been producing power supplies for a wide range of applications for more than 35 years.

WAGO currently employs more than 7,500 people worldwide, about 2,300 of them in the head office in Minden/Westphalia alone. Since 1991, more than 1,000 employees have been developing, producing and testing at the second German development and production site in Sondershausen/Thuringia.

Siemens: Siemens Aktiengesellschaft is the German holding company of a German technology group. Founded as a telegraph building institution by Siemens & Halske in Berlin in 1847.

Weidmüller supplies customers around the world with products and solutions in the field of industrial connectivity including power supply. The company is headquartered in Detmold.