Back to Mice & Trackballs

A PC mouse that fits perfectly with you!

Whether wired or as a wireless mouse, next to the keyboard, the PC mouse is the most important input device. Even notebook owners often connect keyboards and mice via the USB slots away from mobile use, as soon as they arrive with their laptop in the hotel, in the office or at home office space. The touchpad on the laptop is simply less ergonomic and less precise for long-term use.

If you are looking for a new mouse, the manufacturer's range is so diverse that the choice is difficult. This guide shows you which differences are decisive and which PC mouse therefore suits which user behavior.

What was a PC mouse? 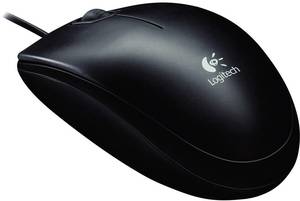 It serves as an input device for the user and is an interface between man and computer. It allows easy navigation on the graphical user interface and is therefore important for the average user. As a gaming mouse, it is even indispensable for friends of computer games.

The classic structure includes a housing that is at most remotely reminiscent of the shape of the mouse as an animal. The simplest models are called a three-button mouse, because they have a right and a left button for clicking and a scroll wheel in the middle. This mouse wheel is also counted as a key, because it is used for scrolling and clicking. Models with significantly more buttons are also common. A gaming mouse quickly has ten and more buttons in addition.

The PC mouse was invented in the early 1960er. The breakthrough was achieved in 1968. Engineer Bill English and Navy radar technician Dr. Douglas Engelbart created the basics in the USA. In parallel and without knowing each other, German researchers, under the electrical engineer Rainer Mallebrin, worked out their first mouse in the same period. The US model was a wooden box with two wheels. In Germany, a hemisphere with a roll was developed.

What types of sensors are differentiated?

How a computer mouse works depends on the type of sensor system you choose. All subforms share the fact that the registered movements are read out via a signal processor and forwarded to the connected computer.

When it comes to how the signals are captured, it is worth looking at the details.

Even though it is no longer in use today, the basis has been laid with the mechanical mouse. She had contact pins. The input requests were transferred via these sliding contacts.

«» Due to their construction, these Ur mice suffered a lot of wear and therefore had to be replaced regularly. However, they used much less electricity than today's models.

This computer mouse is also outdated and placed on roller ball, perforated discs and light barriers. In detail, this worked through small rollers that were set in motion by a rubber ball.

The rollers had small perforated discs and therefore blocked or released light barriers. These signals allowed the mouse driver to calculate the motion requests.

Owners of these mice had to open the housing regularly and remove the small rubber ball. Dust and other pollution quickly caused a lack of precision in the signal input.

Working with an optical sensor is now widely used. At the bottom there is a camera, which registers hundreds of pictures per second of a movement. The optical mouse also has an LED light. The light emitted by the LED is reflected by the underground and picked up by the sensor. A small signal processor analyzes the images and passes the information to the computer.

The sensor resolution plays a decisive role in the accuracy. This is specified via the DPI value. This refers to the number of pixels that the mouse pointer moves on the monitor during the hand movement per inch. The speed of the mouse increases accordingly with the resolution.

Which resolution is recommended?

Simple optical mouse offers at least 400 dpi and very high-quality models reach 12,000 dpi. For everyday use at the computer, 1,000 dpi have established itself as sufficiently. Computers at work often move around the 1.6000 dpi. Gamers' mice must be able to do much more and start at 2,000 dpi.

An optical sensor can also work with a laser beam as an alternative to the LED. In colloquial terms, the laser mouse is used. The working method is comparable, but the laser allows a better resolution. The advantage of precise control is appreciated by designers and in the PC gaming scene. For this reason, gaming mice like to rely on laser technology.

Practical tip: They also consume less power than optical PC mice with LED and can also be used on uneven ground. Especially as a wireless mouse, the range of application is thus greatly extended, from the sofa to the undergrounds made of wood and stone.

What connection options are available?

A computer mouse is not only functionally divided into different subgroups due to its sensor technology. A key differentiator is also whether it is a wired or wireless mouse. 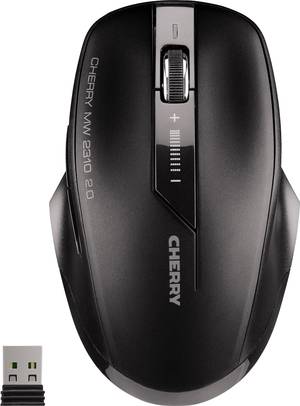 Many users swear by wireless. The computer mouse does not have to be connected to the computer via cable, which was a great way to move around. Owners of a notebook use wireless models only.

The transmission signal can reach the laptop or other output devices wirelessly on two. A distinction is made between the Bluetooth mouse and the wireless mouse.

However, if you decide to use an optical wireless mouse, you need a USB interface. The wireless mouse has a USB dongle that serves as a USB receiver. The application is wireless, but a USB slot on the device or in the USB port must be reserved.

A wireless mouse based on Bluetooth is even more popular in the smart home, because the work is cordless and not even a USB connection is occupied.

Working wirelessly, but has disadvantages. The models carry a certain susceptibility to radio and signal interference. In addition, PC mice must also be supplied with a power source wirelessly. Either AAA batteries or AA batteries are used for this purpose. Sometimes a wireless mouse comes with an additional cable that is temporarily connected to the computer for charging via USB. Therefore, it is not cordless to work during the charging time.

Many optical models also consciously work with cables to avoid the possible disadvantages of wireless PC mice. A USB port permanently connects the device to the computer during operation, so that there can be no Bluetooth or radio interference. In addition, unlike wireless devices, the computer mouse is always ready for use.

Cable-bound mice nowadays mainly have USB cables. However, before the wireless and USB mouse celebrated their triumphs, the connection was made via the PS/2 interface. This round auxiliary port was widely used and also used for keyboards. Today, the PS/2 connection is rarely seen.

What special features are available depending on the application area? 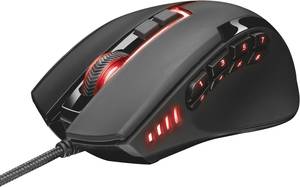 Whether optical with LED or laser, whether wireless or with cable, a PC mouse can have many features. Therefore, one should think about the planned area of application and its requirements in advance.

An ergonomic design is important for many users. The optical mouse fits well in the hand due to the shape of the casing. It can be moved more easily and at the same time the muscles, ligaments and tendons of the hand are protected.

If the requirements for the mouse increase, the purchase decision should be canceled in favor of a computer mouse with additional function keys. Depending on the manufacturer, these can be placed as smaller keys to the right and left of the main keys or also on the side of the housing.

Well known in this context is the gaming mouse. This sub-form of the PC mouse is aimed specifically at passionate players on desktop PCs or notebooks. Each key can be assigned individually and according to the game and thus enables a quick reaction to the game.

Programmable keys are of course also popular in many professional fields around IT. For frequent applications, not having to switch to the keyboard saves time and also protects your shoulders.

Certainly no gaming mouse, but it is indispensable in everyday office life: The trackball. As an especially ergonomic mouse, a ball is located next to the buttons at the height of the thumb. The motion signals are transmitted wirelessly via it. Especially people with carpal tunnel syndrome swear on these devices.

Attention to the handedness:

An ergonomic mouse is defined by its shape either for use with the right or left hand.
The ball on the trackball is also on the left for right-handed people and on the right for left-handed people.
Therefore, when purchasing the mouse, it should be certain which hand the mouse will operate.

This text is machine translated. A PC mouse that fits perfectly with you! Whether wired or as a wireless mouse, next to the keyboard, the PC mouse is the most important input device. Even notebook owners often connect keyboards and mice via the ...