While in the private sector, in addition to classic PCs and monitors, tablet PCs and smartphones are mainly used, many companies and public areas rely on high-performance computers with touch-screen monitors. For example, the monitors are integrated into POS systems or serve customers to interact with ATMs. In healthcare, doctors and nurses use special monitors to monitor patients as well as for diagnostics. In many industrial sectors, however, they are used to control CNC machines and to monitor processes in real time as well as for quality assurance. In public buildings and in education, the monitors serve adults and students for information sharing and further education.

Keyboards and the computer mouse as input devices are becoming more and more sources of error in many professional applications and are no longer up-to-date. Touch screen monitors therefore replace the mouse with gestures and external keyboards with digital keyboard inputs. This guide will show you the key facts about touch screen technology and discuss aspects such as panel technology and connectors. This allows companies to make fact-based purchasing decisions.

How does a touchscreen monitor work?

In contrast to old monitors, a touch screen not only displays information, but also allows the input of data via finger commands. For this to work, a touch panel is installed. This functionality was already known to tube screens. An integrated sensor worked with infrared light to determine the position of a finger. The monitor was internally divided into small boxes, similar to a chessboard. The exact position was thus not determinable, which was difficult to use in practice.

Over the years, however, technology has evolved into what was today. In the 21. In the 19th century, two forms of motion detection dominate the world of technology. 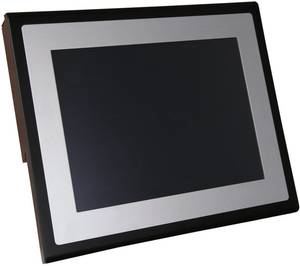 The majority of touch screen displays use this form. The panels consist of two layers between which there is a electrode coordinate network. For this purpose, columns and rows are formed, which touch at their many intersections. An integrated circuit continuously measures whether a voltage change occurs at the intersections.

The net therefore does not react to pressure changes when touched, but to the changing voltage. Accordingly, operation only works with a conductive stylus or finger. in the private sector, the surface-capacitive touch screen is widely used. Smartphones and tablets work on this principle. The screens can also be used in the business sector, for example in everyday office life, in public authorities and in educational institutions.

If this system is used, very little pressure is sufficient to register the movement. For this purpose, the screen consists of two conductive layers. The upper layer you touch is usually made of a thin polyester film, while the lower layer is made of glass and is under DC voltage. The pressure on the film is measured by the voltage and allows the position of the pressure point to be passed on.

The resistive system has the clear advantage that no conductive contact is required. It's all about pressure. Therefore, it does not matter whether a glove is placed over the finger or a stylus or any other object is used.

Which panel technology is used?

First of all, the most important thing is that the display on a modern screen is done by default via an LCD monitor. The LCD technology is based on liquid crystals that are able to influence the polarization direction of the light. The liquid crystals are arranged either vertically or horizontally. In this context, a distinction is made between the TN panel (twisted-nematic panel), the VA panel (vertical alignment panel) and the IPS panel (in-plane switching).

Each touch screen monitor has one of the three panel types. They are very different in detail, which is why it is important to be aware of the subforms and their properties before buying. This guide will help you find information by making a comparison. 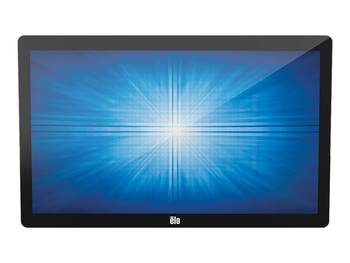 This panel technology is the lowest-cost and uses liquid crystals, which are positioned more and more vertically as the voltage increases. The more upright the crystals are, the worse the LED backlighting can shine through. The brightness of the pixel changes, which was the result of the overall picture. The response time of the TN panels is very good, but the viewing angle stability leaves a lot to be desired. Away from the frontal view, the display on the screen is inaccurate. For private users, the technology is suitable for everyday use and is therefore widely used.

These panels also use the voltage to move the liquid crystals to a different position. In this case, however, the crystals are initially in vertical form and tend to become horizontal as the voltage increases. Since they let the light through completely in the vertical and completely block the light information in the horizontal, the contrast value is very high. Due to the clear contrasts, medical industries and companies using CAD technology are happy to use these panels. Their viewing angle stability is also much better, but this slows down the response time.

The crystals are horizontal and positioned parallel to each other. If the voltage changes, they turn. The arrangement allows a high viewing angle stability and also a very good contrast. The color fidelity is also very good. These panels also point when the ambient temperature increases. In practice, a VA panel forms black spots from around 57 degrees Celsius until the temperature drops again. This is not expected for the IPS panel. An IPS panel is therefore the first choice, especially in the business sector. However, the acquisition costs are a bit more expensive.

What was the most important characteristics of a good touch monitor?

There are other factors that play a role in the purchase decision. The following table lists and describes the most important properties:

Which connections does the practice distinguish?

An important consideration is also given to the connections of the monitors. The Guide summarizes six options: 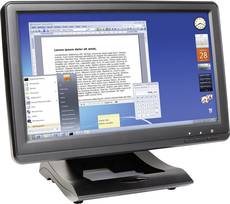 How is the monitor cleaned?

Because modern computers and screens are expensive to purchase, care is important. However, cleaning a touchscreen monitor is very easy. It is sufficient to use a dry microfiber cloth. For more stubborn stains, the cloth can be used with mist. Under no circumstances should an aggressive cleaner be used. The surface can be damaged and the touchscreen monitor will no longer function properly. 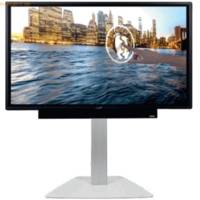 Is there a touch screen monitor for Windows XP?

At the time of Win XP, the usability of touch screens was already considered. For example, ticket machines ran with this operating system. Because Windows XP is not relevant in the private or business sector today, you won't find the appropriate models.

Can I use a touch screen monitor on a computer running Windows 7?

For Win 7 there were various possibilities with touch-monitor. However, since security support was discontinued in January 2020, no company should rely on Windows 7.

This text is machine translated. Touch screen monitors: Useful equipment in companies While in the private sector, in addition to classic PCs and monitors, tablet PCs and smartphones are mainly used, many companies and public areas rely on hi...