Back to Clock & Watch Accessories

Movements still on the tooth of time

What was a movement?

The mechanism inside a watch is called the clockwork. This was made up of a complicated workshop – at least in his invention in Italy around 1300. Movements were built on the principle of the already existing sundial. This eventually led to a separate professional group and mass production – that is how the watchmaking trade was born. In principle, a distinction is made today between mechanical, electromechanical and electronic movements, whereby the latter have hardly any mechanical components and so-called digital clocks no longer have any of the moving parts of conventional movements. Wristwatches are becoming increasingly rare, as are professional watchmakers – the smartphone also takes on the tasks of a clockwork for many, among other things. Nevertheless: Today the clock is changing from the former object of use to the prestige object and movements are again increasingly needed: It is good that you can find a selection of electronic movements with different vibration systems in the Conrad online shop, which have various functions to offer you in addition to different designs.

What movements are there?

Fully electronic movements, which are kept in motion on the basis of quartz vibrations and follow the clock of a quartz oscillator. Quartz watches use batteries or rechargeable batteries as an energy source and must be adjusted manually. 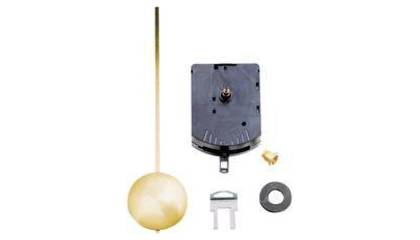 Pendulum movements belong to the historical movements. They function according to the principle of oscillating pendulum movements, which trigger an action in the clockwork in each cycle and thus advance the time display. In the Conrad online shop you will find a small but fine selection of pendulum clock works of different pointer shaft lengths.

When choosing the clockwork, pay particular attention to a noiseless model, when the watch should be used in the bedroom or in the office. Although the rhythmic ticking of the hands is reassuring for some, it can cause sleep disorders and stress for others. If you belong to the latter group, you will find some movements with pleasant-creeping clockwork in the Conrad online shop.

Did you know that the pendulum clock was already invented by Galileo Galilei around 1640? After his death, Vincenzo, his son, eventually, tried to realize plans and build one of his father’s plans – albeit without success. The first working pendulum clock was finally built in 1657. For a long time, the so familiar ticking pendulum clock was subsequently held in the living rooms of Europe and was more and more refined and improved over time. Even today, in times of the vintage boom, pendulum clocks again experience a great boom and find a selected place on the wall in chic restaurants, hotels or in the home. 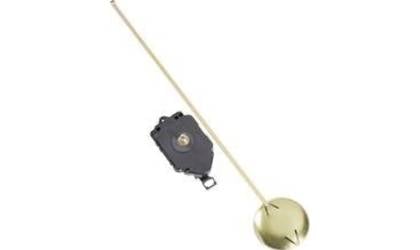 Watchmakers are trained in various activities. On the one hand, they are responsible for the production of watches and clocks in industry. As a craft profession, the watchmaker is also subject to the maintenance and repair of all time measuring devices, while in the goods industry he manages spare parts and operating resources. The watchmaker was once a respected and popular profession, but today there are hardly any more willing to learn and the number of watchmakers has fallen rapidly. Since the smartphone took over most of the everyday functions, former objects of use such as clocks have become rarity. This does not include luxury items such as breitling or Rolex watches, which are used as status symbols. But now the watchmaker's craft is experiencing a new, albeit mild upturn, as vintage watches from Großelternen's times come back into fashion and have to undergo some repair.

What do you need to pay attention to when buying watches?

The following parameters should be considered for the purchase decision:

FAQs: The most common questions about clockwork

What was the length of the pointer shaft?

The device on which the hands of the watch are placed is referred to as a hand shaft or shaft in the clockwork. The hand shaft is inserted through the clock face and should therefore be so long that there is still enough space to stick the hands on it. The length of the hand shaft depends on the thickness of the dial, but also on the shape of the shaft. Movements made of different materials therefore require different pointer shaft lengths. To find out the dimensions of an existing hand shaft, measure from the outlet of the housing to including the thread on the tip.

What was creeping movements and what was their advantage?

A creeping movement is a clock whose hands move silently on the clock face. This has a great advantage, especially for noise-sensitive people! Especially in the bedroom or rooms of concentration, the ticking of the wall or floor clock can go on the pointer once heard - in these cases, the purchase of a creeping clockwork is recommended.

Why do the hands of a watch turn to the right?

This arose from the analoguey of nature observation. When there were no clocks yet, people began to measure time by the sun. The first sundials were made in the old Babylon, almost 2,000 years before Christ. A rod was inserted into the earth and the wandering shadow of the sun was measured – it moved to the west or to the right, at least in the northern hemisphere, naturally like the sun. Finally, at the beginning of the 14th century. The first mechanical clocks were developed in the 19th century, one oriented himself to the principle of the sundial from the first hour of the clockwork.

How do clocks "know" how late it is?

While the hands of conventional mechanical watches had to be adjusted manually to be held in motion by a pendulum, the modern models are already somewhat more independant: Depending on the vibration system, the time setting works differently for movements. While radio clocks receive their time signal via electromagnetic waves from a time signal transmitter, atomic clocks use energy differences from electron levels, for example, or the vibrations of molecules to indicate the exact time. Many modern movements in the Conrad online shop have a convenient automatic time setting.

Conclusion: This is how you can find the right clockwork

Whether for professional watchmaking or hobby purposes, you can find the right clockwork for your project in the Conrad online shop. When looking for the right model, you should not lose any unnecessary time – therefore, Conrad Online Shop provides you with all the necessary information for a selected clockwork in a clearly arranged list and summarized in a table. In addition, optional accessories or similar products are suggested directly as soon as you click on a clockwork.

The clockwork is the heart of every clock. The filigree mechanics used here, which has fascinated and fascinated people since their invention, ensures movement within the housing and is responsible for the precise functioning of each clock.

Hobbyists will find their money's worth

In our shop you will find a variety of different movements. With our products you can build your own watches or repair or restore your favorite pieces. The different movements offer you a high accuracy and are suitable for different hands, even longer or heavier models. They can also be easily installed and removed, ideal for hobbyists and friends of the clock mechanics. This type of demanding craft work has already developed into a popular leisure activity for many people. Depending on the watch material, select the suitable clockwork with the corresponding spindle length. High-quality workmanship and accuracy, whether you need a quartz or radio clock, we offer you the right quality for your project with our attractive selection.

This text is machine translated. &nbsp; &nbsp;&nbsp; Movements still on the tooth of time&nbsp; What was a movement? What movements are there? Retro chic: Pendulum clocks? Is watchmaking snow yesterday? What...